WIRED magazine came out with a new digital magazine on iPad last week with much fanfare.  I purchased the app myself and thoroughly enjoyed it, but there were some who criticized the inclusion of advertisements.  Economics aside, advertisements can have a lot of intrinsic historical value as well.  Quite by accident I discovered this will perusing the archives of Popular Science, hosted by Google.

There's a good chuckle to be had in this Canon PalmPrinter, from a 1980 issue:

It's interesting to note that the emphasis of the ad is on its size.  As a single function device, I am sure it performed well, but in retrospect seems quite useless.  My iPhone is smaller and does so much more than simple arithmetic.  Here's a really funny ad for a 'cordless' phone, again from 1980: 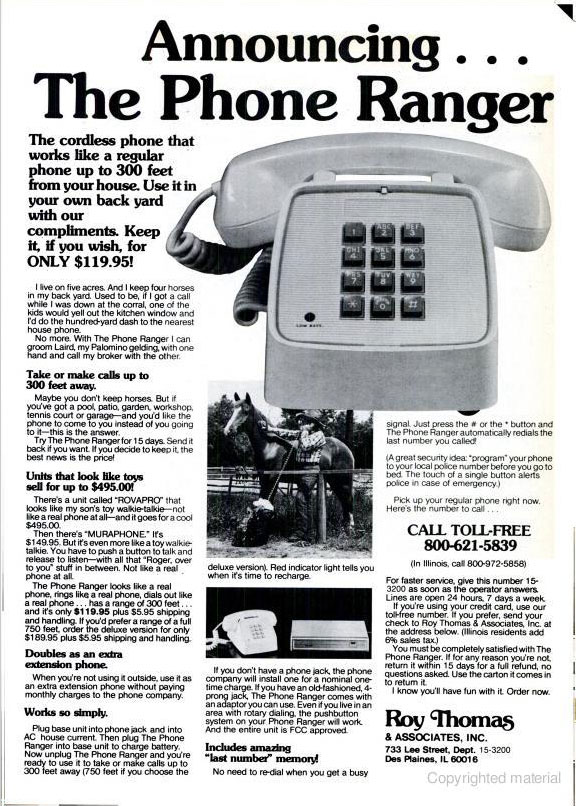 I'm sure that a 300 foot range seemed pretty nifty at the time, but it's amazing what can happen in 30 years. And for a technology that isn't even used anymore, check out this ad from 1971: 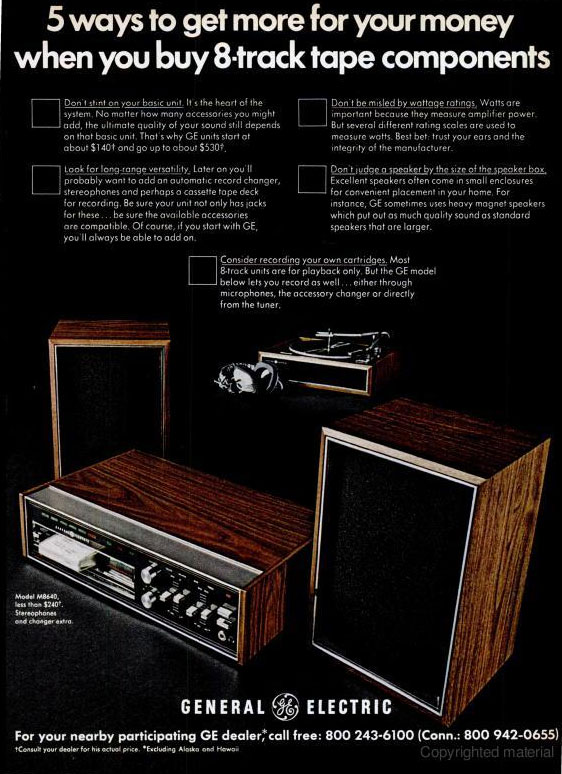 I guess we failed to send someone into the past to foretell the doom of spending any money on that stuff.

At any rate, even looking back at more recent history, like 1999, brought back a lot of memories.  Remember Intel's Pentium III?  As much as people whine about ads being included into digital content, there's a certain quality that comes from not only rereading the articles from years gone by, but also getting insight on what advertisers were trying to push.