If you don't follow my @birdcamsa Twitter account, you're missing out on some fascinating first-hand interaction with nature that can happen literally right outside your front door. One of the bad things to happen with the brood was the runt went missing. Today I found what had happened to him: 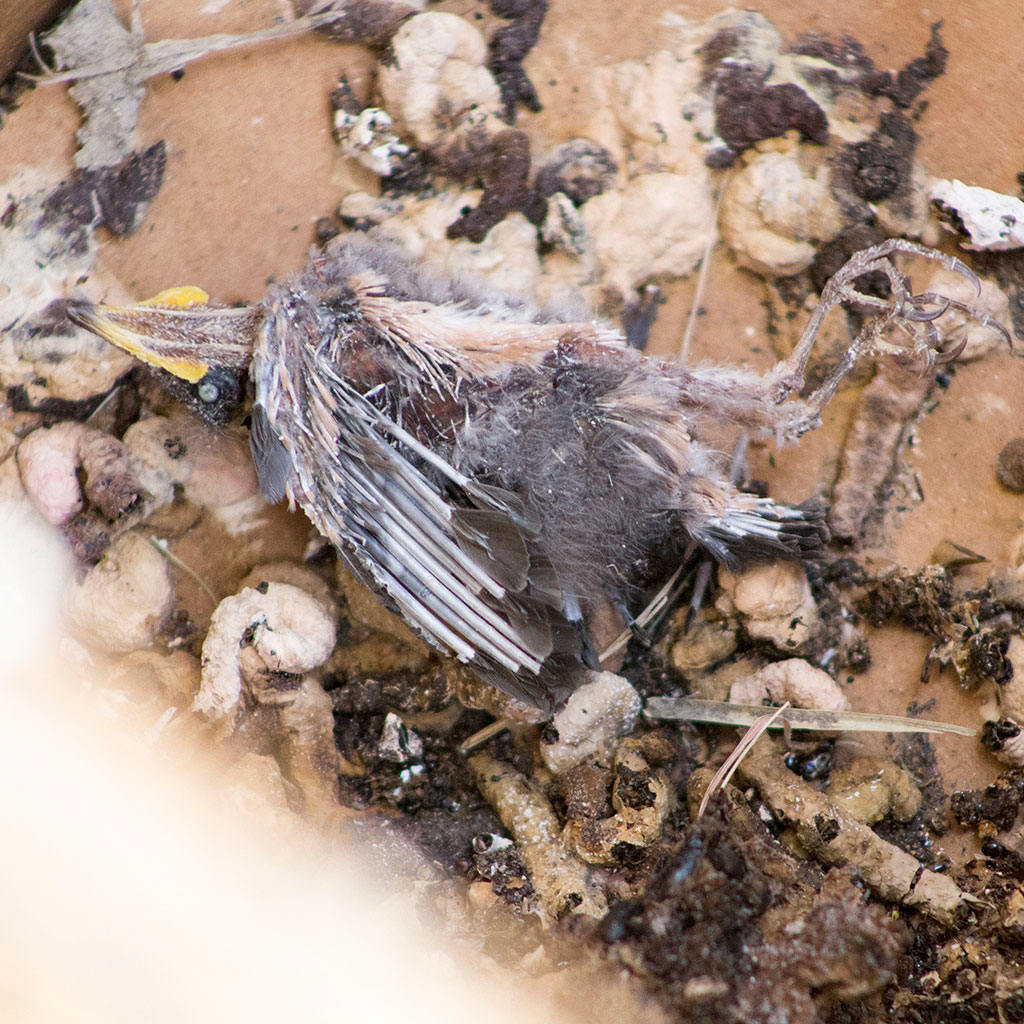 Below the nest I have a cardboard box to collect all the mess that drops from above. I literally call it the dropbox. When the runt went missing last Friday, that was the first place I checked. There's an extra insert of cardboard in it to help some of the mess go into the box. I did push it back a little when I searched for him, but apparently I didn't look carefully enough.

This morning I was watching the bird cam and saw that some of the bugs the parents put in the mouth of one of the nestlings fell out. I was interested in seeing what it was, so quickly went outside to see if I could find it. I scanning the inside of the box to see if it fell in there, when I noticed the underdeveloped wing of the runt. I was devastated.

He spent most of his time at the edge of the nest, even when his siblings were resting further in. That's the only way he could get food. I had witnessed the runt almost get knocked out of the nest by his larger siblings many times. I'm pretty sure that is what happened. If so, he probably had a long, drawn out, painful death. He would have succumbed, I'm sure, to dehydration in the Texas heat. Nestlings get all their hydration from the food they eat. Alone in the box, his parents wouldn't have heard his cries him above the noise of his four other siblings.

If only I had looked harder.

The moment I write that, however, I know what reality is. The guy wasn't growing. At all. He was getting out competed for nourishment from the beginning; this often happens when you're born a day and a 1.5-2 days later than the rest of the brood. Barn swallows grow incredibly fast and every hour counts when you're competing for resources. He was still alive, but barely. Just by looking at him you could tell he wasn't feeling right.

Nature isn't always warm and fuzzy and it doesn't have a sense of morality. Stuff happens. To us too--we just tend to ignore it, thinking we have full control over our environment and lives. It was his time to go.

But that doesn't mean that he can't go with me wherever I go: 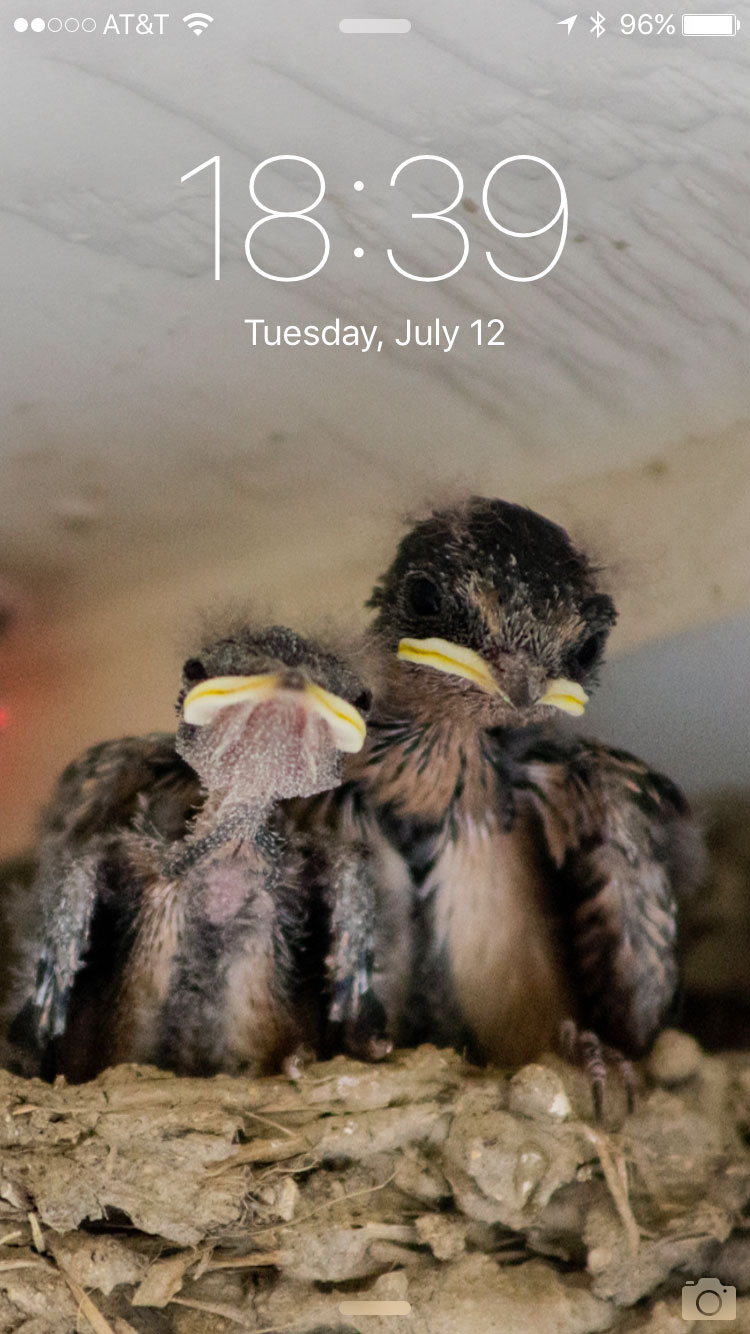